Demokrats from the Greek demos and kratos. Demos can “the people” and kratos as “power,” The meaning is “power to people.” 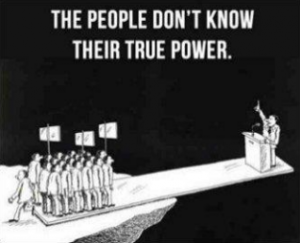 Most western countries have representative systems.  Switzerland is a rare example of a country with instruments of direct democracy (at the level of the towns, cantons and federal state). Citizens have more power than in a representative democracy. At the federal level, citizens can propose changes to the constitution (federal popular initiative) or ask for a referendum to be held on any law voted by the parliament. Between January 1995 and June 2005, Swiss citizens voted 31 times, on 103 questions. During the same period, French citizens participated in only two referendums.

EDD as a system is not fully implemented in a political government anywhere in the world, although several initiatives are currently forming including our own.